6 Most Common Concrete Problems and Their Solutions 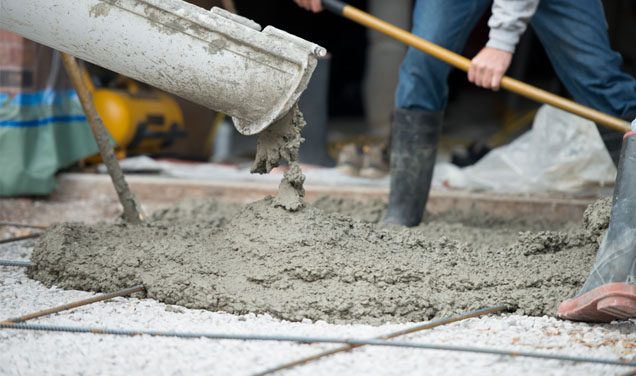 6 Most Common Concrete Problems and Their Solutions

It doesn’t need any special professional to tell you that concrete is a foundational material for any construction project, be it the pavements around you or the offices or the fancy skyscrapers! While it might be a very common, easily manageable, and everyday material around us, you can land in major troubles if concreting is not done correctly. Proper concreting not only ensures the durability of projects but also their required strengths.

First, let’s get to the basics and know what concrete is.

To put it in simple words, concrete is a composition or paste mixture of cement, fine aggregates such as sand, coarse aggregates like gravel, and water that cures over time. These ingredients must be added in standardized ratios to ensure perfect workability, durability, and strength of the concrete.

Grades of Concretes in India:

Concrete Problems and Their Solutions/precautions:

To avoid common issues while concreting, it’s indeed crucial to produce and prepare concrete of the requisite high quality. The most common concreting issue is caused by excessive concrete mixing and carelessness when putting and handling it. The weather, on the other hand, plays a major role in worsening such issues that arise during concretion.

Bleeding in concrete occurs when the excess water comes to the surface of the concrete due to the settlement of heavier components like aggregates, cement. Excessive bleeding can also be a result of weather conditions because if the evaporation rate and temperature are not in the requisite standards, then the water droplets will keep surfacing. In the curing of concrete, bleeding is a general process, however excessive bleeding can do more harm as it lessens the strength of concrete.

Scaling is one of the most common problems of concrete. In scaling, the surface layer of concrete gets deteriorated by getting peeled or by breaking off.

Ways to prevent scaling in concrete:

Plastic shrinkage cracking occurs in the concrete when there is an excessive and rapid loss of water from concrete before it has even set. This occurs when the rate of evaporation of surface moisture is higher than the rate of bleeding of water in concrete. This problem is very common during hot weather conditions.

Here are the ways to avoid plastic shrinkage cracks in concrete:

The consequence of the problems of segregation and bleeding leads to laitance in the concrete. During this concrete problem, a thin and weak layer of cement dust, sand, and lime appear on the surface. This condition further weakens the strength and durability of cement.

Prevent Laitance With These Steps:

Dusting refers to the formation of a loose powdery layer on the surface of the concrete. Dusting is often found on traffic exposed concrete surfaces.

How to Stop Concrete Dusting: