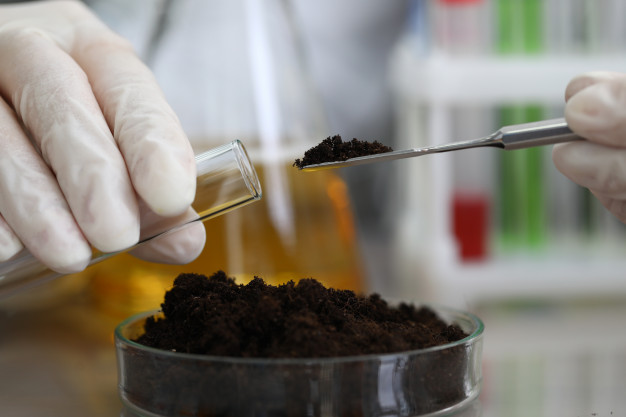 What is Soil Contamination Testing?

Soil contamination, also known as soil pollution for better understanding and categorization, is the degradation of any land caused by the presence of human-made chemicals or basically any other alteration that degrades the natural environment of the soil. It is generally caused by various industrial activities that took place on that piece of land, chemicals used for agriculture, or due to the improper disposal of waste materials into the soil environment.

What do you mean by Soil Contamination Testing?

Soil Contamination Testing, here, mostly means the analysis of a soil sample of a particular land to determine if it is suitable to be inhabited after being used as an industrial piece of land before.

Why is Soil Contamination Testing important?

As the human population slowly increases, it is only understandable that more pieces of land are required for the sake of habitation. As more and more land keeps getting occupied by civilization, it is important to start occupying the industrial lands which now remain barren. But these territories are not always suitable to be inhabited because of soil contamination, which is why the soil needs to be tested before it is taken up by the builders.

Why was the land contaminated from the beginning despite having laws that do not allow it?

There existed a time when the rigorous environmental legislation that makes sure that industries do not contaminate the land today didn’t exist. No such laws were made before and industries contaminated the environment without laws to stop them and there existed no government body they should have been accountable to. This led to soil contamination and the land used is not suitable to be inhabited by human beings.

What happens when you build houses, retail stores, and other buildings on a piece of land whose soil has been previously contaminated?

On building houses and other buildings that would be frequented by human beings on a piece of contaminated land, you risk the lives and health of every person who frequents that place.

What do you mean by desktop study?

The term ‘desk study’ refers to a study that is carried out only through research,

rather than having any physical investigations involved, that is, it can be done

sitting at a desk. This means that the research about the previous use of the land would be done based on documental research.

What do the geology and hydrology of a site mean?

Geology is an Earth science that is concerned with the solid Earth, the rocks of which it is composed, and the processes by which they change over time over the years. By a site’s geology, we mean the texture and the composition of the land, and see if the structure is suitable to ensure a person’s safety in the building that is about to be built on this land.

Hydrology, similarly, is a science that deals with the properties, distribution, and circulation of water on and below the earth’s surface and in the atmosphere.

This is an important factor to consider during soil contamination testing.

Why go for soil testing by Sigma Test and Research Centre?

As the requirement for land for housing, retail, office and industrial development continues to grow, there is a real need for developers to use sites previously used for industrial purposes (Brownfield sites). These sites may not have been subject to the rigorous environmental legislation that applies today, resulting in the possibility of various levels of contamination. It is therefore important to conduct a contaminated land survey for such sites.

Sigma Test and Research Centre follows a step by step procedure to make sure that the contaminated soil is thoroughly tested before it gets passed for further building. The steps included are –