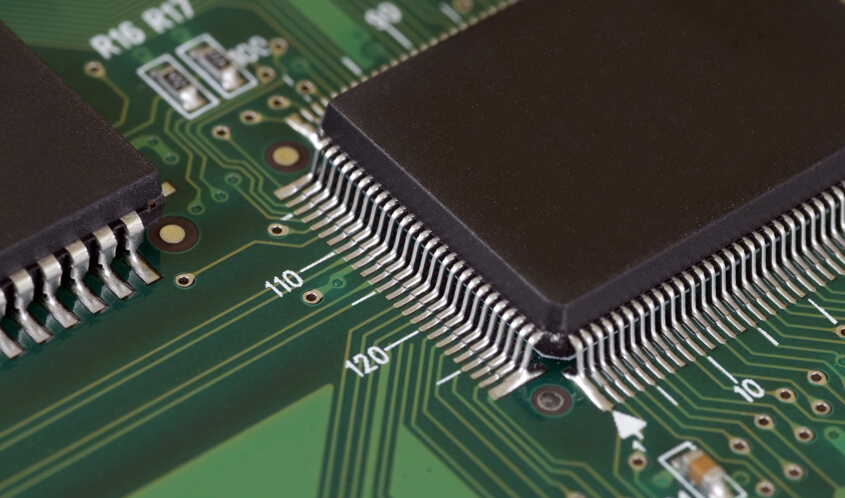 RoHS Compliance Testing has become standard procedure for most manufacturers, sellers, distributors, and recyclers of electrical and electronic components or equipment sold or used in the European Union.

RoHS is the abbreviated form of Restriction of Hazardous Substances. Also, it is otherwise known as Directive 2002/95/EC. You may be wondering how the RoHS testing came into being. RoHS testing finds its origin in the European Union. The main purpose of using RoHS is to prevent the use of hazardous materials in the manufacturing of electrical equipment. There are many dangerous materials and substances that go into the production of electronics and related equipment.

RoHS aims to reduce such substances so as to create a safer environment for those handling such products. Dangerous materials cause harm to those exposed to it during manufacturing, especially. It also aims to decrease the pollution caused by such materials in landfills, during recycling, etc. According to the decision, all relevant products available after July 1, in the EU market must go through the RoHS testing.

The restricted materials under the Restriction of Hazardous Substances Directive are:

Materials are tested under the RoHS Compliance Test using portable RoHS analysers. Otherwise known as X-Ray Fluorescence or XRF metal analysers. They help in screening and verifying the restricted materials found in the concerned product. RoHS has been updated and improved over the years to increase its versatility. RoHS 2 and RoHS 3 are also available now. With the introduction of RoHS 3, a different set of testing must be done to determine levels of the harmful compounds. These get extracted with a solvent for further testing.

If you are wondering how RoHS 2 differs from the initial RoHS, it is simply that RoHS 2, also known as Directive 2011/65/EU came into being in July 2011. The scope of the previously established RoHS was amplified so that it covers all electrical/ electronic equipment, spare parts and cables with compliance stated under RoHS 2 depending upon the product category. RoHS 2 is currently used as CE-marking directive. RoHS compliance is put to use for the CE-marking of products. Each and every manufacturer of electrical/ electronic products have to follow the requirements put out by RoHS 2 so as to obtain CE marking for their products.

RoHS compliance testing is used by all companies that produce EEE appliances, sub-assemblies, cables, components, etc. RoHS also affects those companies which are sellers or distributors of such products. Even those who sell to distributors, integrators or resellers who make the product available in the European Union Market. The Restriction of Hazardous Substances Directive has a global reach now, it not only applies to electronic products circulating in the EU market but also to all the markets worldwide. RoHS also has application in the metal industry for any usage of metal plating, anodizing, chromating or on any other finishes on EEE machinery, heatsinks, or connectors.

RoHS Compliance Testing has become standard procedure for most manufacturers, sellers, distributors, and recyclers of electrical and electronic components or equipment sold or used in the European Union.

The need for RoHS testing is a result of the Restriction of Hazardous Substances Directive or RoHS Directive, which became effective on July 1, 2006, as mentioned above. The Directive was drawn up in the European Union to protect human health and the environment from hazardous substances, by restricting the use of six hazardous chemicals in electrical and electronic products.

The state-of-the-art Chemistry and Metallurgy Lab at Sigma Test & Research Centre equipped with ultra-modern technology and sophisticated instruments like LC-ICPMS, GC-MSMS, spectroscopy, etc. can determine the level of the following first four substances restricted by RoHS in a component.

RoHS has set maximum concentration values for each of these restricted substances. All values are set at 0.1%, except for cadmium with a limit of 0.01%. STRC has the capability to test for lead, mercury, cadmium and hexavalent chromium.

RoHS compliance testing is performed in our lab using spectroscopy and wet chemistry methods to determine the concentrations of these RoHS substances in test samples. All RoHS testing results are fully documented in Certified Test Reports for our customer’s record.

What is RoHS compliance testing?

RoHS Compliance Testing is also known as RoHS Detective Testing. It has become customary for several sellers, manufacturers, recyclers, and distributors of electronic and electrical components or equipment sold or used in the European Union.

What is RoHS and reach compliance?

REACH is horizontal legislation controlling the risks associated with chemical substances across their life cycle, whereas RoHS is product-specific vertical legislation focuses on unsafe substances in electrical and electronic equipment (EEE).

Why is RoHS Compliance Significant?

RoHS has its roots in the European Union back in 2003. The motive of RoHS is to reduce the setting effect and health impact of electronics. The legislation’s main purpose is to make electronics engineering safer at every stage of an electronic device’s life span.

Does RoHS only apply to electronics?

RoHS is a directive, not a regulation. RoHS is expanded to cover all electrical/electronic devices, cables, and spare parts with compliance required by July 22, 2019, or sooner depending on the product category.

Do labels need to be RoHS compliant?

RoHS does not require any particular labelling. Depending on your location, surviving by the RoHS restrictions is also up to the individual organisation.

Lead is the only RoHS-banned substance of concern for the integrated circuits manufactured by Maxim unified, so lead-free products are also RoHS compliant products.

The Restriction of Hazardous Substances Directive 2002/95/EC established in the European Union restricts and confines the use of risky materials found in electrical and electronic products (known as EEE).

What are the restricted materials mandated under RoHS?

Why is RoHS compliance important?

The motive of RoHS compliance is to decrease the environmental effect and health impact of electronics.

How are products tested for RoHS compliance?

RoHS compliance is tested with the assistance of RoHS analysers. They are also known as X-ray fluorescence or XRF metal analysers and are used for verification and screening of the restricted metals.

Which companies are affected by the RoHS Directive?

Any business that trades or distributes appropriate EEE products, sub-assemblies, components, or cables directly to EU countries, or sells to resellers, distributors, or integrators that in turn sell products to EU countries, is obstructed if they utilize any of the restricted materials.

What is RoHS 2 and how does differ from the original RoHS?

RoHS 2, or the Recast RoHS 2 Directive 2011/65/EU, was available in July 2011 by the European Commission. The opportunity of the novel RoHS was long-drawn-out to cover all electronic/ electric equipment, cables, and spare parts with amenability required by July 22, 2019, or sooner depending on the product category.

RoHS 2 is also a CE- marking directive, with RoHS compliance now being required for CE marking of products. As such, all manufactures of electrical/electronic products must comply with RoHS 2 before the CE mark can be functional on their products. The original green RoHS label with a checkmark is no longer required or used as the CE mark now includes RoHS compliance.

What is RoHS 3 and how does it differ from RoHS 2?

RoHS 3, or Directive 2015/863, adds for additional restricted substances (phthalates) to the original list of six, as cited under REACH legislation. It also adds Category 11 products. RoHS3 takes effect on 22 July 2019.

RoHS 5/6 refers to the agreement for 5 out of the 6 restricts substances (no compliance for lead(PB)). Lead is very specific applications for Categories 8 and 9 is also released under Annex III for a few more years. For detailed information, see RoHS Annex III Lead Exemptions.

Will, there be a “RoHS 4″…are there additional substances that will be restricted in the future?

How are RoHS and REACH related?

Registration, Evaluation, Authorization, Restriction of Chemicals (REACH) is a general regulation that addresses the production and use of chemical substances and their potential impact on the environment and human health. REACH is observed by the ECHA that deals with 197 substances of very high concern (SVHC) currently. Whereas RoHS limits substances present in electrical/ electronic equipment (wiring, circuit boards, components, displays, cabling, sub-assemblies).

We can say that all the RoHS restricted substances are also on the Reach restricted list.

How are RoHS and WEEE related?

RoHS compliance merges into WEEE by diminishing the number of risky chemicals used in electronics manufacture. RoHS controls the risky substances used in the manufacture of electronic and electrical equipment (EEE), while WEEE regulates the discarding of this same equipment.

How is RoHS and the ELV Directive related?

How is RoHS related to Conflict Minerals (T3&G)?

In the major form of a Full Materials Declarations (FMD). Often an arrangement declaration will list RoHS, REACH, and Conflict Minerals (T3&G) together. Under the Dodd-Frank Act, entirely publicly traded companies must report being the SEC the origin of conflict minerals.

Does RoHS apply to batteries?

No! The Battery Directive restricts the use of lead to 0.004%, mercury to 0.0005%, and cadmium to 0.002% (medical devices/equipment and emergency/alarm systems are excluded for cadmium.

Does RoHS apply to RFID tags?

Yes, both active RIFDs and Passive come under RoHS.

Does RoHS apply to printer cartridges?

Yes, if the cartridge contains electrical parts that require electric currents or electromagnetic fields to function. Printer cartridges that merely comprise of ink and container, without electrical parts.

How is RoHS and HIPAA related?

How are RoHS and the cannabis industry related?

RoHS and the cannabis industry are related only indirectly.

How is RoHS compliance enforced and what are the penalties?

By national enforcements bodies such as the National Measurements Office, penalties and fines for non-compliance can vary significantly amidst European Union’s Countries but compromise fines and also custody in some member states.

How can your workforce be trained to help meet RoHS compliance?

Your workforce can be trained to help meet RoHS compliance via digitized and electronic from mobile devices, IoT, AI Modules, Machine Vision Systems, etc. However, learning, reskilling and training the workforce is a never-ending thing. To know more in details, see Workplace Training Software for RoHS.