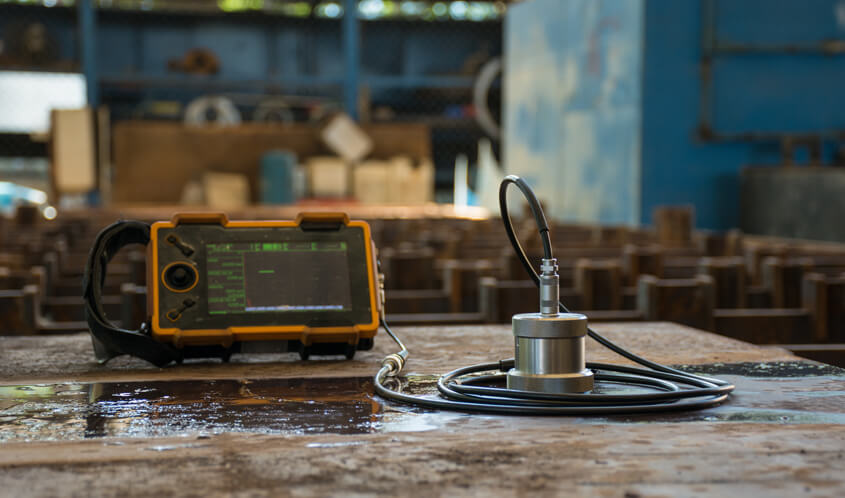 Why Use Non-Destructive Testing?

Here are the top reasons non-destructive testing is used by numerous companies throughout the world:

The most certain answer to this question is that non-destructive testing is more tempting than destructive testing because it permits the material or object being inspected to survive the examination unharmed, hence saving money and resources.

NDT is also appealing because almost all Non-Destructive Techniques (except radiographic testing) are bland to people.

NDT procedure permits for a thorough and relatively instantaneous evaluation of assets, which can be essential for ensuring continued safety and performance on a job site

NDT methods have been proven precise and expectable, both qualities you want when it comes to conservation procedures meant to make sure the safety of personnel and the durability of the equipment.

NDT is essential for a well-run facility. NDT techniques and repeatable results depend on highly trained technicians with experience and integrity. Industrial non-destructive methods and clarification of results are performed by proficient professionals. Not only is the technician required to be certified in a particular NDT method, but they also require to know how to operate the equipment being used to gather data. Understanding equipment capabilities and limitations are the alterations amidst making an accept or reject determination.

There are several techniques used in non-destructive testing for the collection of several types of data, each requiring its own sort of tools, preparation, and training.

Some of these techniques might permit for a comprehensive volumetric examination of an object, while others only allow a surface examination. In the same way, some non-destructive testing procedures will have varying degrees of success depending on the sort of material they are used on, and some techniques -such as Magnetic Particle NDT, for example- will only work on specific materials (i.e., those that can be magnetized).

In a similar way, some NDT methods will have varying degrees of success depending on the type of material they’re used on, and some techniques—such as Magnetic Particle NDT, for example—will only work on specific materials (i.e., those that can be magnetized).

Here are the eight most commonly used NDT techniques:

Visual Non-Destructive Testing is the performance of gathering graphic data on the grade of a factual. Visual Testing is a vital way to examine a physical or object without changing it in any way.

Ultrasonic Non- Destructive Testing is the process of transmitting high-frequency sound waves into a physical in order to identify changes in the component’s or material’s possessions.

Generally, Ultrasonic Testing uses sound waves to detect flaws or deficiencies on the surface of the material created.

One of the most shared Ultrasonic Testing methods in the pulse-echo. With this technique, examiners introduce sounds into the material and measure the echoes (or sound reflections) produced by limitations on the surface of the material as they are returned to a receiver.

Here are some other types of Ultrasonic Testing:

Radiography NDT is the procedure of using gamma- or X-radiation on materials to recognise flaws.

RT directs radiation from a radioactive isotope or an X-ray generator through the component being tested and onto a film or some other kind of sensor. The readings from the detector create a shadowgraph, which discloses the fundamental features of the examined material.

RT can discover features of a physical that can be hard to sense with the naked eye, such as changes to its density.

Eddy Current Non-Destructive Testing is a sort of electromagnetic testing that uses measurements of the power of electrical currents (also called eddy currents) in a magnetic field near a physical in order to make purposes about the material, which may include the locations of flaws.

To bear Eddy Current Testing, examiners inspect the movement of eddy currents in the magnetic field adjacent to a conductive material to recognise pauses caused by flaws or failures in the component.

Magnetic Particle NDT is the procedure of classifying deficiencies in a component or material by inspecting disturbances in the movement of the magnetic field surrounded by the material.

In order to use MT, examiners first persuade a magnetic field in a material that is highly susceptible to magnetization. After prompting the attractive field, the surface of the material is then enclosed with iron particles, which reveal commotions in the movement of the magnetic field. These disturbances create visual needles for the locations of flaws within the component or material.

Acoustic Emission NDT is the procedure of using acoustic releases to classify possible defects and failures in a material.

Examiners conducting AE are probing materials for eruptions of audio energy, also called acoustic emissions, which are produced by flaws in the material. Intensity, location, and arrival time can be inspected to disclose data about possible flaws within the component or material.

Liquid Penetrant NDT refers to the course of using a liquid to cover a substance and then looking for disruptions in the liquid to classify deficiencies in the component or material.

Leak NDT mentions the procedure of learning escapes in a vessel or construction in order to recognise imperfections in it.

Examiners can identify leakages within a vessel using dimensions taken with a pressure gauge, soap-bubble tests, or electronic listening devices, among others.

Where Is Non-Destructive Testing Used?

Depending on how broadly you define non-destructive testing you could say that it’s used in almost every manufacturing unit in the world, subsequently, visual inspections (whether formalized or casual) take place in almost every workshop in some form or other.

That being said, there are particular organisations that require non-destructive testing and have dignified processes for its use, as organised by those companies we listed above like API and ASME.

The primary industries include:

Some of the Non-Destructive Testing Methods are as follows:

Conducting Ultra-Sonic Pulse velocity (UPV) test at selected locations on the RCC members of the Structures covered under the study by making 300 mm x300mm c/c grids to know about the homogeneity and quality of concrete. The test is performed as per the IS 13311 (Part-1) / ASTM C 597.

Cut AND Pull Out (CAPO) Test

Measuring the half-cell /surface potential at the selected location on RCC members of the structures covered under the study will help in understanding the extent of reinforcement corrosion as per ASTM C 876.

At a selected location on the RCC members of the structures covered under the study see the adequacy of concrete cover to rebars and the effect of carbonation.

Measurement of carbonation depth by phenolphthalein spray test at the selected location on RCC members of the structures covered under the study is used to see the depth of carbonation.

Moisture profile of concrete with respect to depth.

Chemical analysis of chlorides, Sulfates, pH, alkali-silica, etc on concrete powder collected from the structures, covered under the study, by drilling to understand the chemical deterioration/degradation of concrete and its effect on reinforcement corrosion.

What are the types of non-destructive testing?

What is a non-destructive testing technician?

NDT Technicians, also known as non-destructive testing technicians, perform tests and provide information about the condition of components and materials without destroying them.

What is the difference between destructive and non-destructive testing?

What is the most frequently used non-destructive test?

How do you get into non-destructive testing?

Potential inspectors require a high school diploma or GED certification at the lever where the job will place them, and a background in engineering or related procedures will get into non-destructive testing.

Though NDT testing does not possess hazardous to testing personnel, however, it does involve potentially harmful exposures to ultraviolet radiation, ionizing radiation, or X-rays.